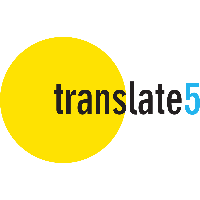 In translate5 to less different exception types were used till now. Mostly just a ZfExtended_Exception was used.

To be more flexible in filtering on logging exceptions but also on internal exception handling with try catch more exceptions are needed.

Since in FileParsing many errors can happen, a fine granulated exception structure is needed. In other code places this is not the case. At least one own Exception per Plugin / Package.

Each exception contains the mapping between the used event code and the related error message string. Since we are in an exception we can talk here about errors and not generally about events.

Exception Hierarchy and way to the frontend 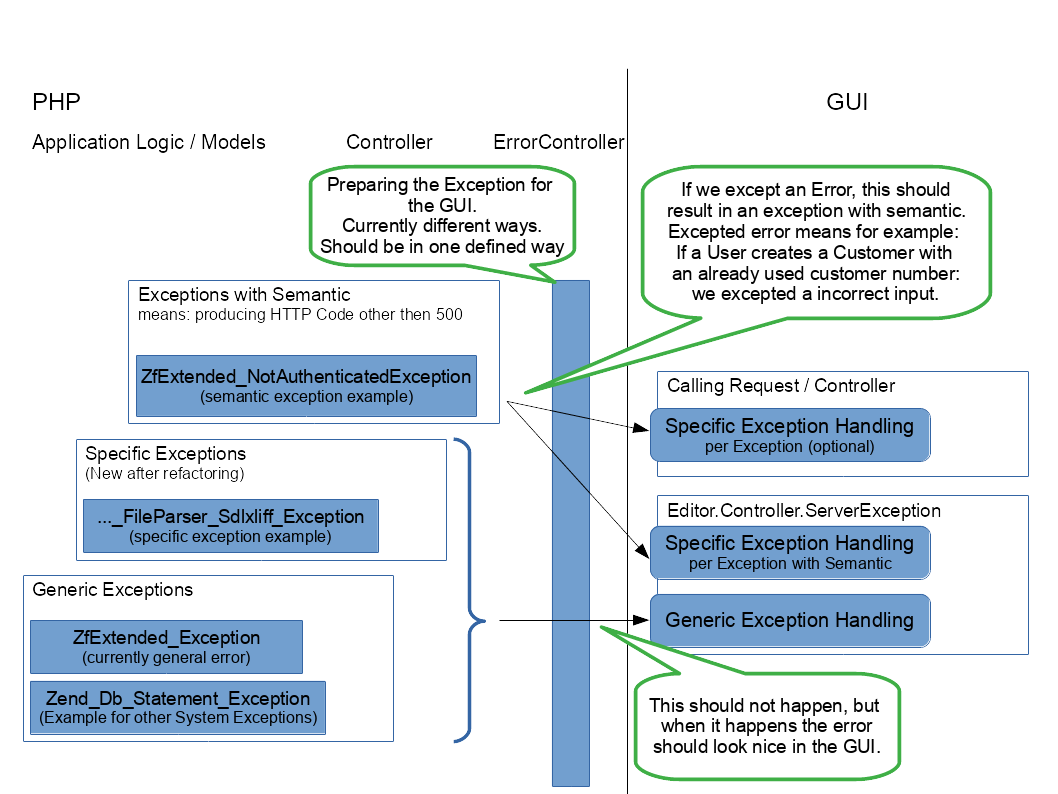 For the handling / catching of such exceptions see the section "Examples for specific Exceptions" below.

This exceptions are used to answer errors to the API in REST full way, by transporting semantic as HTTP response code.

This Exceptions are intended not to be caught, since they transport information to the Caller.
But of course they can be caught if needed and handled differently.

That is indeed not the case for errors which should unlikely not happen, there a default english message is enough.

Therefore on exception creation we have to decide if:

This results in two different ways how semantic exceptions are produced:

This exceptions are used in the case of errors in the application.

Handling of such exceptions: