It enables the user to get instant translations, when typing in a Google Translate-like interface.

In difference to Google Translate InstantTranslate queries all language resources, that are known to translate5 and configured for the current user and client.

This means, also terminology DBs and Translation Memories are searched. And it means, confidential Machine Translation Resources, that a company uses can be used instead of Google.

InstantTranslate is a translate5 plug-in available only for companies in the community, that support the project with a support and development contract.

With Microsoft Translator as a Machine Translation resource for single words also alternative translations are shown.

The screenshots below show, how InstantTranslate works.

Currently there is a restriction, that only language combinations are offered for translation, for which at least one machine translation resource is defined for one of the client(s) associated to the current user.

For translation of complete files the same order of language resources is used, as in general in translate5:

The limit how many characters can maximal be entered into the InstantTranslate source text field can be set by client. Currently this is only possible on database level in the table LEK_customer. Default is 100,000 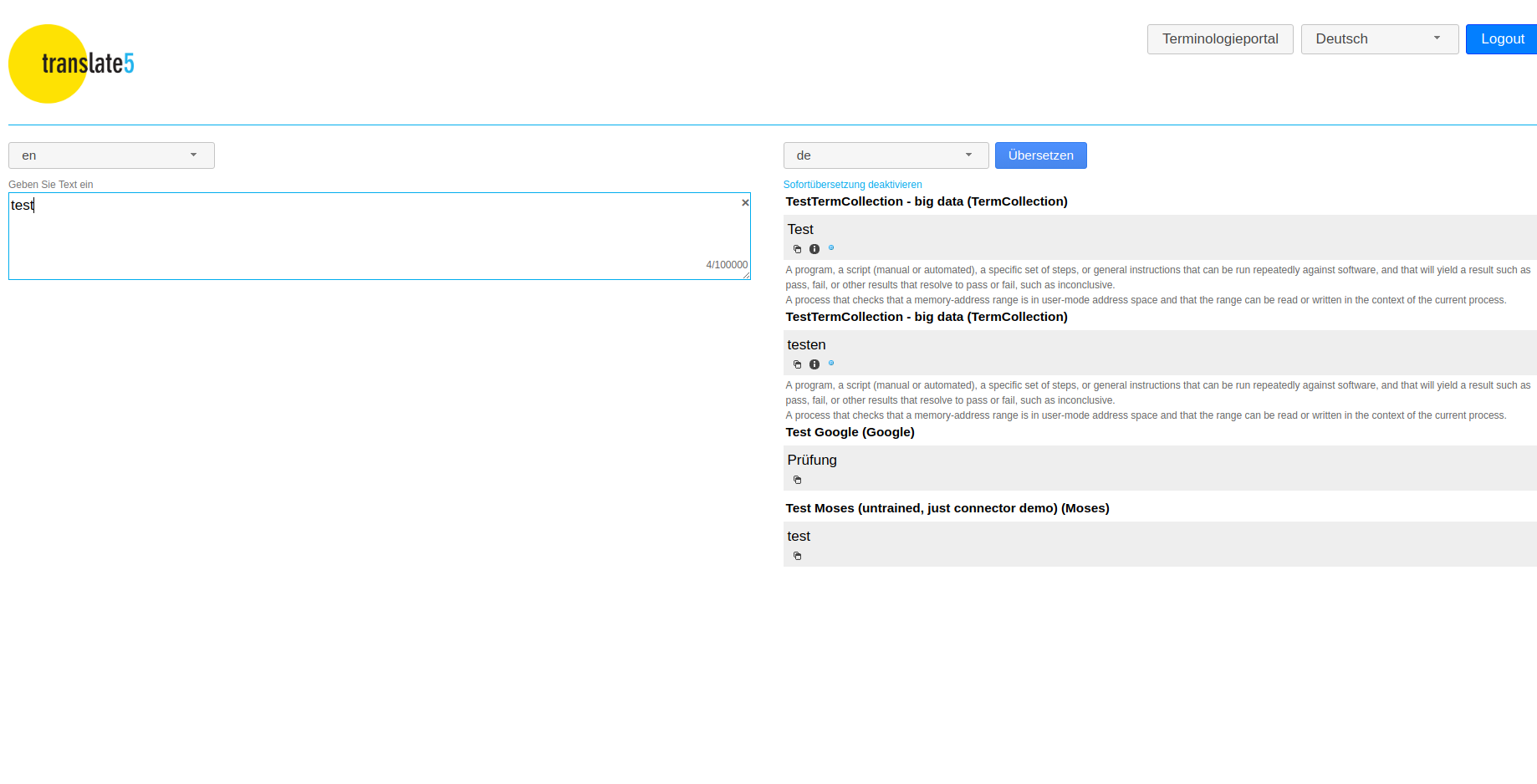